São Miguel dos Milagres stimulates all human senses. Your feet on the sand, the smell of the sea, all the beautiful colors, the flavors of local cuisine… All this and much more is in store for you at this small paradise!

The state of Alagoas is renowned for having some of the most beautiful beach destinations in the country. The capital city, Maceió, is always a popular location with tourists spending summer in Brazil. However, the state still has secrets that travelers do not know about.

This is the case with São Miguel dos Milagres, a small town still little explored by major routes. Located about 94 km from Maceió, it is the perfect destination for visitors who want to enjoy natural beauty while having peace and quiet and keeping their distance from large crowds. The charming town has a simple structure but visitors have varied options for accommodations and restaurants. 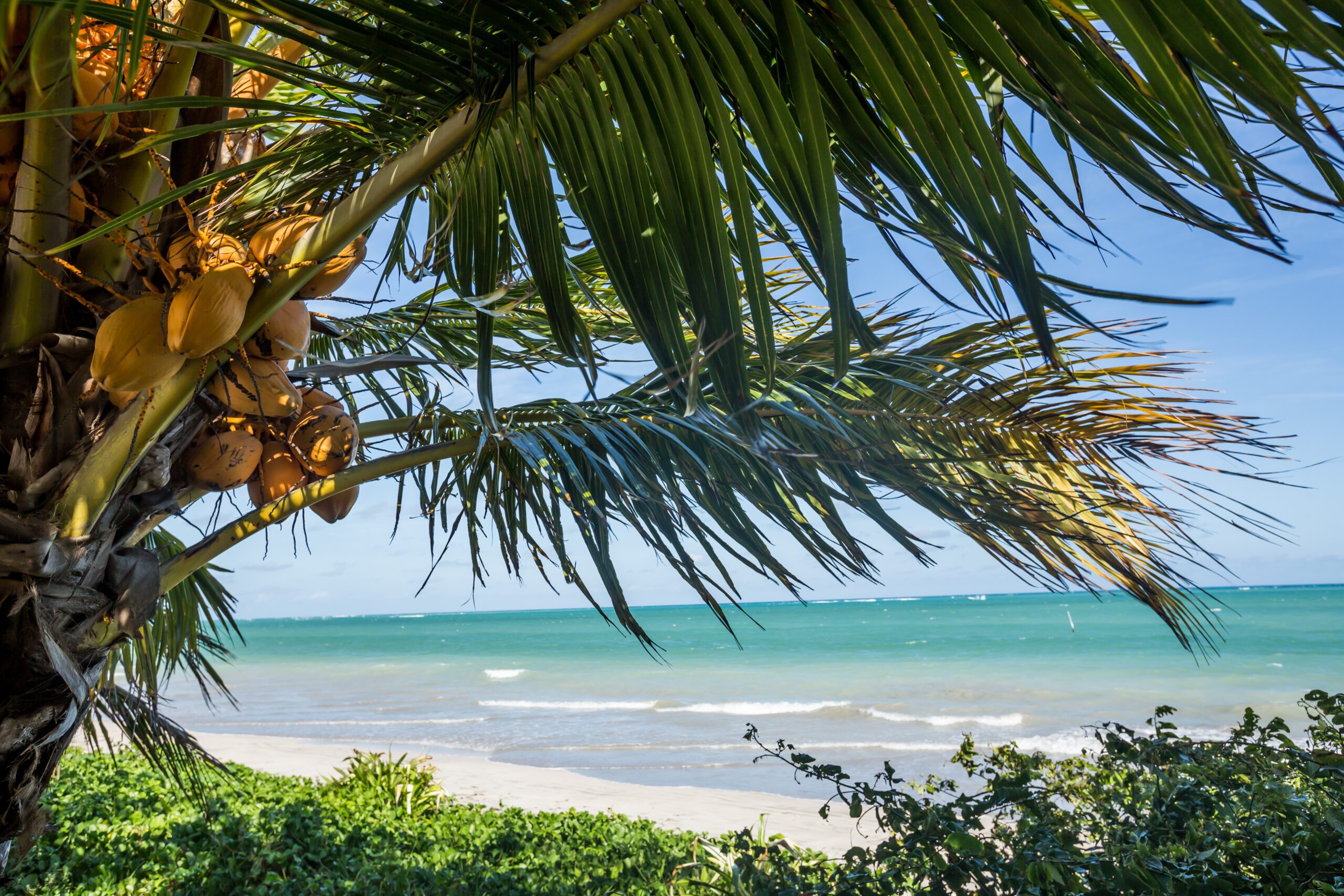 São Miguel dos Milagres is the ideal destination if you are looking for gorgeous beaches and contact with nature. The destination is part of the region known as Costa dos Corais (Coral Reef Coast), a Nature Reserve that covers part of the coast of Pernambuco and Alagoas. Due to its privileged location, the quiet local beaches are home to rich wildlife and vegetation.

The waterfront inns offer unspoiled nature views, deserted beaches, and natural pools, making São Miguel dos Milagres a small piece of paradise on earth that is ready to be discovered.

Are your bags packed yet? Here are some of the best beaches in the region!

São Miguel dos Milagres Beach
The town’s central beach has great hotel infrastructure and a good variety of local businesses. It is one of the busiest beaches in town and tends to be more crowded during weekends and holidays. The waterfront is completely surrounded by coconut trees, a setting that could totally be in a Hollywood movie!

Porto da Rua Beach
One of the beaches that boast the best infrastructure in São Miguel dos Milagres, Porto da Rua offers visitors the best of both worlds: comfort and the peace and quiet of deserted beaches. Water lovers will be glad to know that the beach is the departure point for boat rides to the beautiful Natural Pools of São Miguel.

Toque Beach
The local natural pools formed at low tide, where visitors can spot several colorful fish, are the main attraction at Toque Beach. The local barrier reef, located about 1km from the shore, makes the beach one of the most sophisticated in the region, where tourists will find luxurious inns. Those who want to enjoy this peaceful place can get to the beach straight from local inns or coming in from the neighboring Porto da Rua Beach.

Riacho Beach
Close to the central beach, it was named after a local stream (riacho in Portuguese) that flows into the sea. Home to several bars, Riacho Beach is a great alternative for visitors who want to get away from the busy São Miguel dos Milagres Beach, and enjoy some local cuisine with a sea view.

Marceneiro Beach
In addition to its natural beauty, a common trait in the region, Marceneiro Beach is also home to Capela dos Milagres (Miracle Chapel), built to welcome couples who dream of a beach wedding. Besides getting to know the chapel, visitors to Marceneiro Beach will witness a wonderful and unforgettable sunset!

Despite still being relatively unknown, the region of São Miguel dos Milagres has countless attractions. The beautiful beaches and all the options to experience local nature in its purest state give visitors a wonderful sense of peace and tranquility. It’s the perfect destination to relax and disconnect from your everyday life!

By Bus
There are no official bus routes between Maceió and São Miguel dos Milagres. However, there are daily tours to the region during peak season. Generally, the service is provided in vans and minibuses, and a fixed value per person is charged for the round trip.

Personal Vehicles or Rentals
The best way to get to São Miguel dos Milagres is by car. It will be easier to get around town and to go to some of the beaches that are farther away, since apps such as Uber have not yet been established in the region.

Taxis and Ridesharing Companies
Another possibility is to take a taxi from the airport in Maceió to São Miguel dos Milagres. It is important to negotiate the fixed price with the driver in advance.

Personal Vehicles or Rentals
The best thing to do is to go by car. This way, you will be able to get around the region and visit nearby destinations.

By Bicycle
Some inns provide bikes for guests.

Just like in the rest of the Brazilian northeast region, the rainy season in the coast of Alagoas happens between the months of May and August. During the rest of the year, it is usually very sunny and hot.