On one side, the sea! On the other, the forest! That’s what São Sebastião is like. Located on the coast of São Paulo, home to rich nature and beautiful beaches, this destination will certainly provide incredible experiences and beautiful memories for tourists to take back home with them.

One of the first settlements on the Brazilian coast, São Sebastião is home to historic buildings that tell a little of the history of Brazil between the 17th and 18th centuries. A brief stroll through the streets in the Historic Center is enough to make you feel like you are in a time machine.

Tourists can visit the Mother Church, Caiçara House, or the Canons, and also experience Alcatrazes Archaeological Site, where the ruins of an ancient local farm are home to thousands of marine species. In order to go on this tour, however, visitors must book it in advance with accredited companies.

Whenever you are in São Sebastião, you will always get a whiff of salt air! In addition to the 42 white-sand, clear-water beaches in the region, the beautiful local islands are great options for a day trip. São Sebastião is also the doorway to the wonders of Ilhabela, another incredible destination on the coast of São Paulo. 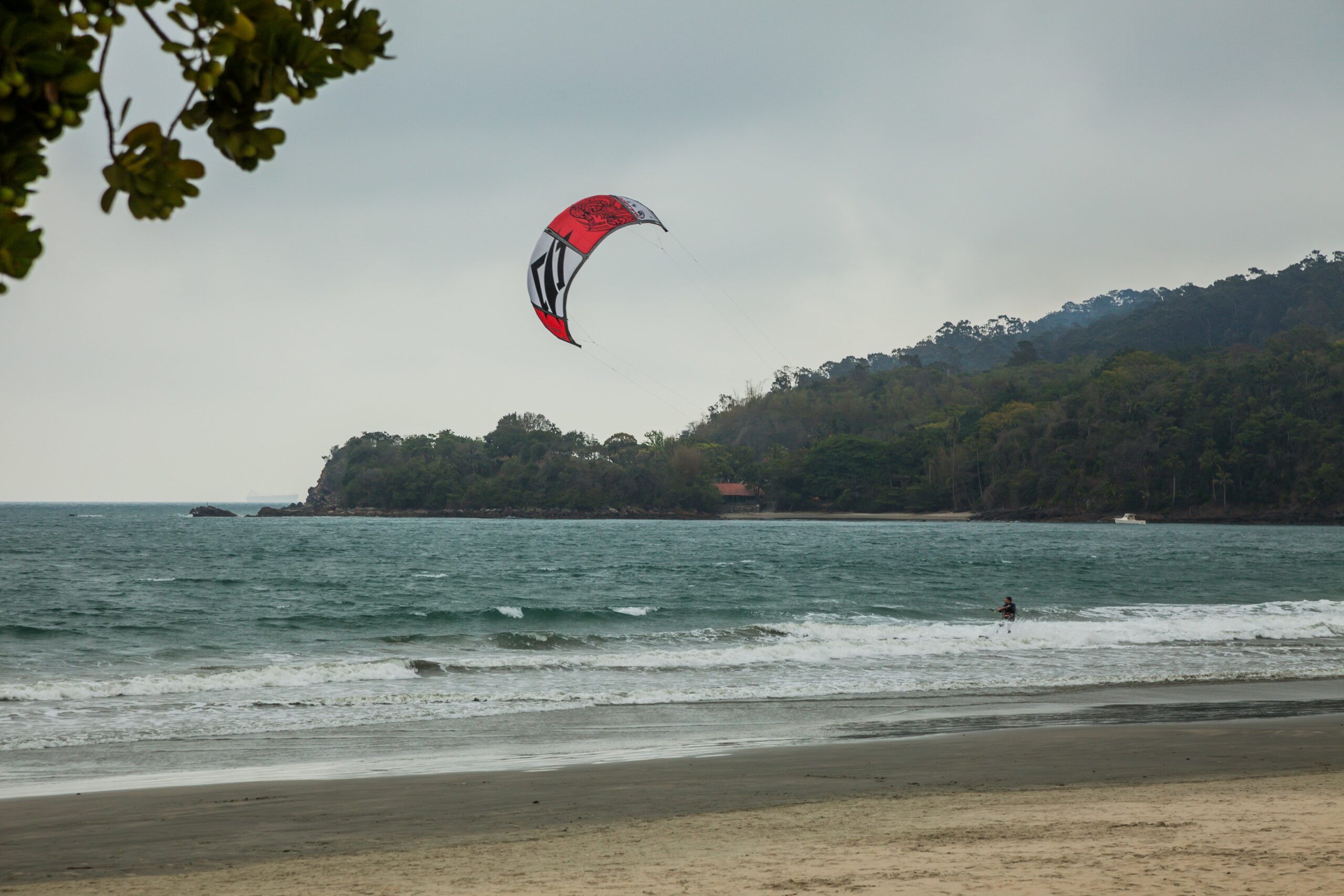 Home to gorgeous and unique beaches, São Sebastião is also very popular with hikers and waterfall enthusiasts. The trails of Ribeirão do Itú (Itú Stream), Rio Silveiras (Silveiras River), and São Francisco Archaeological Site are like paths to paradise, where visitors will have access to breathtaking waterfalls and have intense contact with nature!

There are also many options for more active tourists who are into rappelling, surfing, zip lining, diving, or birdwatching. And to top it off, they will be able to enjoy a gorgeous sunset at the end of the day. Tourists will definitely have unforgettable experiences in São Sebastião!

Here are some of the main beaches in São Sebastião:

Barequeçaba Beach
Barequeçaba Beach has calm waters and a long stretch of sand, perfect for sports and for fun with the kids. From there, visitors can make their wat to other local beaches, such as Guaecá, Toque-Toque Grande, Clahetas, and Toque-Toque Pequeno, all of which are home to beautiful scenery and perfect locations to relax and enjoy a sunny day!

Maresias Beach
One of the main beaches in the city, Maresias has great tourist infrastructure with many inns and restaurants. Since it is such a popular hangout, it’s the perfect place to have fun and to be seen!

Boiçunga Beach
Boiçunga Beach is also exciting and beautiful. With a wide stretch of sand, the beach is the perfect location to enjoy the sunset. What a beautiful experience! Between the beaches of Maresias and Boiçunga, visitors will find Praia Brava de Boiçucanga (Boiçucanga Rough-water Beach). The trail to the beach opens up into a gorgeous hidden paradise. It is totally worth the effort!

Juquehy Beach
Despite being popular, Juquehy Beach is a quiet location that offers complete tourist infrastructure. The beach is perfect for visitors who enjoy switching it up between exciting and calm moments, as there are lots of restaurants and inns, as well as a wide strip of sand with plenty of quiet spots.

Beaches on the islands around São Sebastião
The islands can be reached by schooners, speedboats, and even kayaks. On the islands, visitors have the opportunity to go hiking or to practice water sports such as snorkeling and scuba diving in the local crystal-clear waters.

São Sebastião is the perfect place to take a break from your routine and relax your body and mind. All that’s left to do now is plan a visit to this magical destination!

By Plane
São José dos Campos Airport (SJK) is the closest one to São Sebastião. The bus trip from the local bus station to São Sebastião takes around 3 hours. Guarulhos International Airport (GRU) is the second best option, as there are direct bus routes to the city from the airport terminal. If you are flying into Congonhas Airport (CGH), the best thing to do is to go to Guarulhos Airport and take the bus from there, avoiding the São Paulo bus station altogether. One last option is Viracopos International Airport (VCP), located in Campinas. The important fact is that whichever airport you choose, you will need to make your way to São Sebastião either by bus or by car.

Personal Vehicles or Rentals
Visitors making their way by car to São Sebastião from the cities of São Paulo and Rio de Janeiro will find that the best option is to take the Rio-Santos highway, which goes all the way to São Sebastião. It is important to keep in mind that there are tollgates and speed cameras along the local highways.

By Bus
There are regular bus routes in the region. You can check timetables at this link.

Taxis and Ridesharing Companies
Taxis are ridesharing companies operate normally in the region.

Personal Vehicles and Rentals
Visitors planning to explore the beaches along the coast will find that the best option is to travel by car. This way, they will have more autonomy to choose their own itineraries and won’t be stuck to pre-established timetables.

By Bicycle
If your stay in São Sebastião doesn’t include long trips to far-away locations, the ideal way to get around is by bike or on foot. It’s a great way to avoid getting stuck in local traffic jams.

The high season takes place during the summer months, between December and March. These are also the hottest months and the temperature can reach 38ºC. As for the rest of the year, the average temperature is milder, between 18ºC and 26ºC. It is recommended to take comfortable clothes, such as sneakers, beach sandals and hats. Don’t forget your sunscreen.