The capital of Paraná state has countless charming attractions. In addition to its several parks and squares, the city has breathtaking landscapes and great culinary options.

According to research organized by the United Nations, Curitiba is one of the Brazilian cities that is a reference in urban planning and quality of life, both nationally and internationally.

Because the local culture is strongly influenced by Italian, German, Polish, and Ukrainian immigrants, those who arrive in the city soon notice the effect on the local architecture, gastronomy, and habits. Parks and green areas carry great importance in the city, and modern architecture blends well with local nature, making the city’s landscape quite unique.

Among its main tourist attractions is Ópera de Arame (Wire Opera House), one of Curitiba’s most visited locations. Inaugurated in 1992, it hosts all kinds of shows, from popular to classic styles, pleasing tourists and local residents alike. 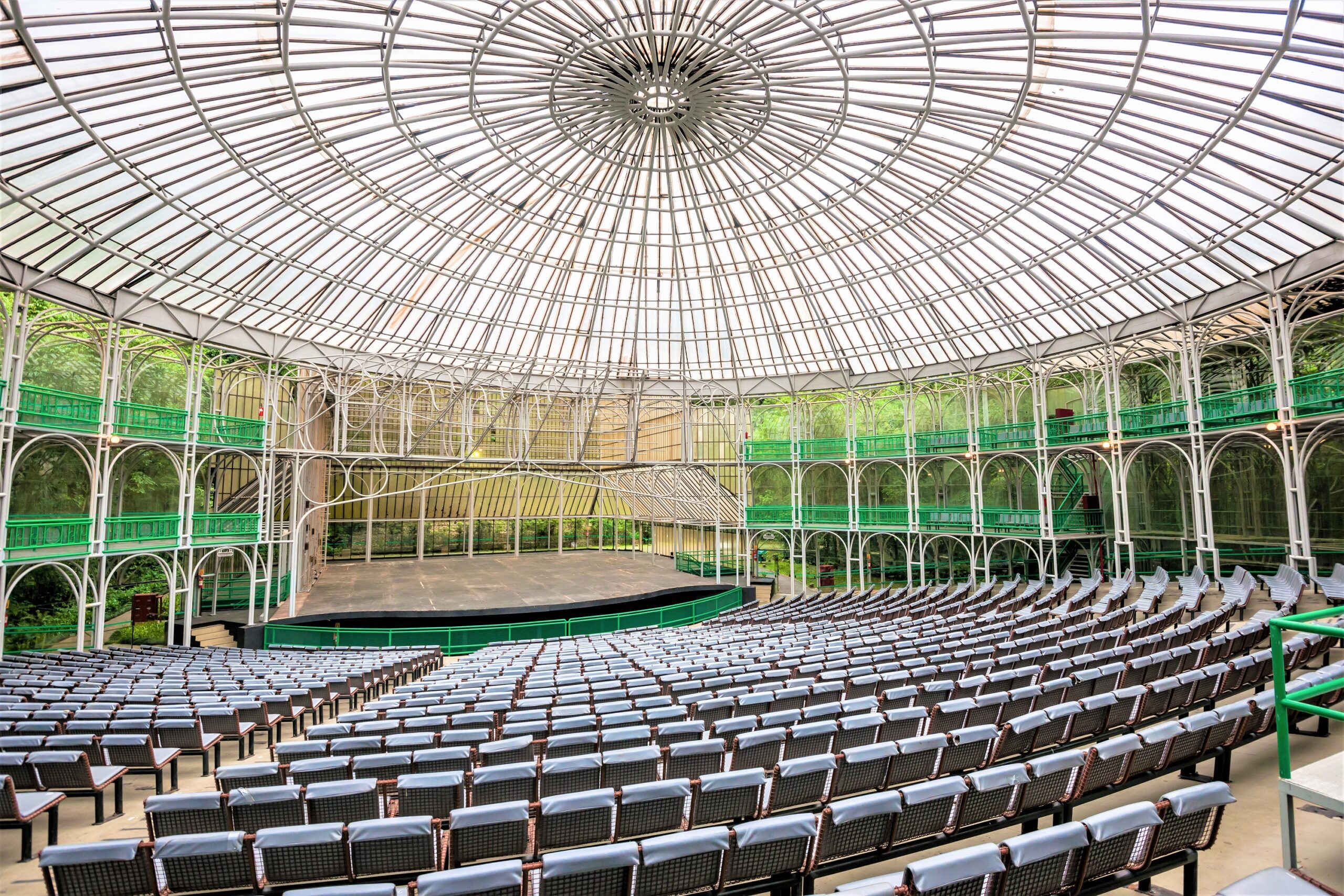 Another popular stop with tourists is the German Forest, an extensive stretch of ​​native forest that imitates the atmosphere of European parks. The place celebrates German traditions and has an old wooden church, built in 1933, which is home to a concert hall named Bach’s Oratory. While at the park, It is also possible to follow the charming Hansel and Gretel trail, which tells the story of the Brothers Grimm, visit a children’s library, or go up to the top of the Philosophers’ Tower, a viewpoint made of wood from which you will have a panoramic view of the city.

Curitiba is also home to the Oscar Niemeyer Museum, a venue dedicated to visual arts, architecture, urbanism, and design, and whose collection contains approximately 7,000 pieces. It is considered the largest art museum in Latin America and has pieces by artists such as Alfredo Andersen, João Turin, Theodoro De Bona, Miguel Bakun, Guido Viaro, Helena Wong, Tarsila do Amaral, Cândido Portinari, Oscar Niemeyer, among others.

Because the cold weather in the south of the country calls for hot dishes, Curitiba’s restaurants specialize in meat, cheese, and fruit fondue. When you are in the city, you must try it.

Curitiba is part of the Pinhão Route (Pine Nut Route). If you are in the region, you must try some rural tourism on the Italian Circuit in Colombo, and on the Wine Route in São José dos Pinhais. For adventure lovers, the Serra do Mar Mountain Range offers beautiful rivers and mountains for rafting, trekking, or mountain climbing.

By Plane
+55 (41) 3381-1515
The International Airport of Curitiba operates domestic flights from most Brazilian capitals, as well as international flights.

By Bus
There are several bus lines serving the city. If you want to find out more about bus routes and timetables, please visit the Curitiba’s Integrated Public Transport Network (RIT) website.

Taxis and Ridesharing Companies
Taxis and ridesharing companies are a comfortable way to get around the city of Curitiba.