The capital of the state of Goiás impresses everyone with its rich culture, welcoming people, and for being so well planned. It has more than 900,000 trees spread along the streets and parks, which makes it a beautiful destination with a lively social atmosphere.

Goiânia is the capital city of Goiás state, located right in the center of Brazil. Very close to Brasília, Goiânia is the gateway to tourist attractions such as Caldas Novas, Araguaia River, Pirenópolis, and the City of Goiás. 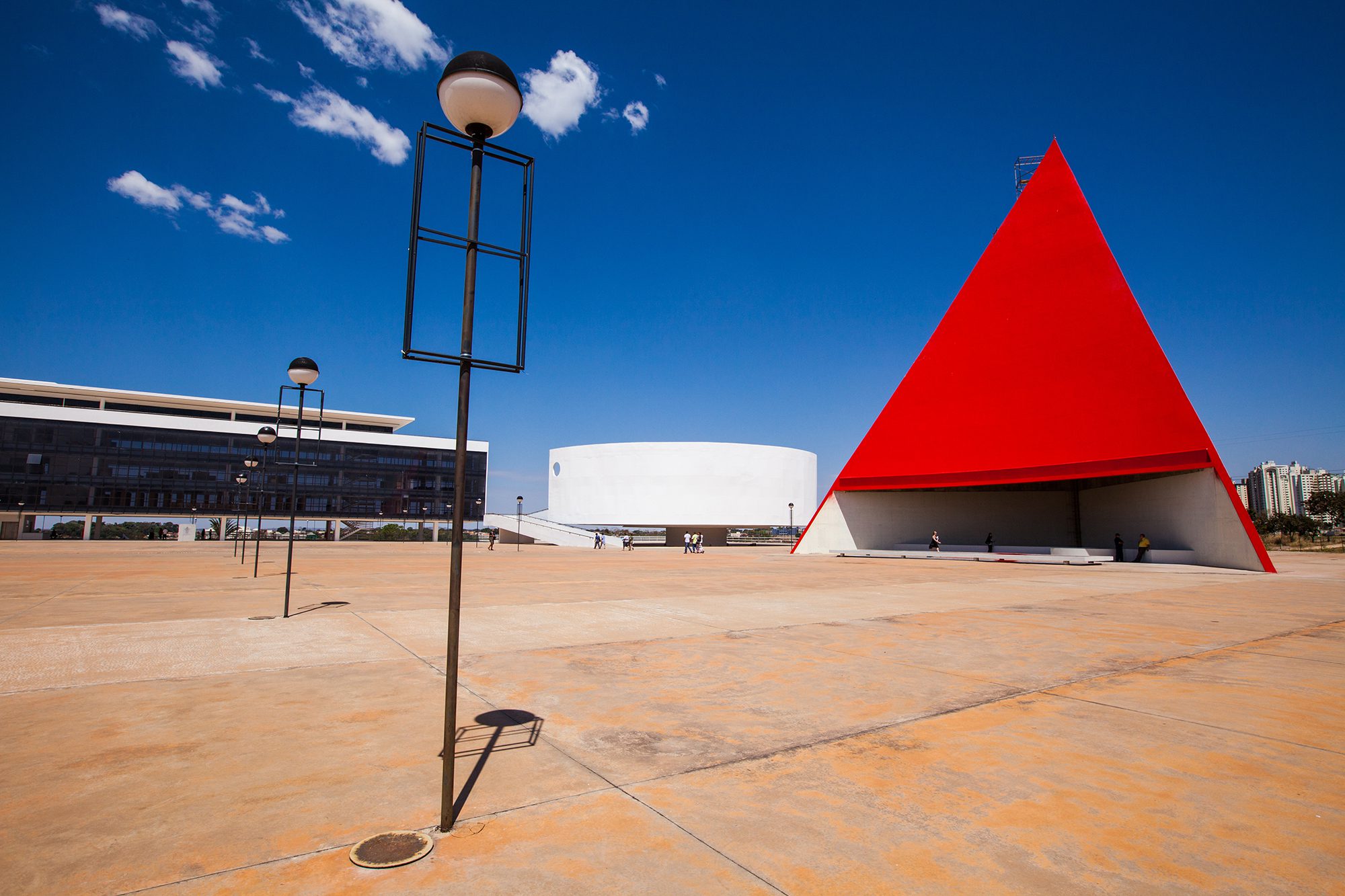 The destination has one of the largest art-deco architectural collections in the country. A walk around the bustling city center is totally worthwhile, as is a stop at the Civic Square (Praça Cívica), where you can visit several attractions such as the Zoroastro Artiaga Museum, the Goiás Museum of Image and Sound, and the Monument to the Three Races, the symbol of the municipality.

Two other cultural attractions are worth mentioning. The first one is the Cerrado Memorial, a scientific complex that comprises specially built scenographic settlements, indigenous villages, and quilombos (settlements established by escaped slaves), a Natural History Museum, and ecological trails. The second one is the Oscar Niemeyer Cultural Center, which is where the Goiás Museum of Contemporary Art is located.

Local cuisine is extremely rich. Dishes and delicacies such as pamonha (a paste made from sweet corn), their own local rice with chicken dish, Goiano pot pie, and the local souari nut must be part of your gastronomic experience. A visit to local ice cream parlors specialized in Cerrado fruit is also a great option. Some of the flavors you will taste cannot be compared to any other in the world.

Known as the Green Capital of Brazil, Goiânia is the Brazilian municipality with the most green space per person. Urban parks, such as Flamboyant Lourival Louza, Sullivan Silvestre (Vaca Brava), and Areião attract residents and tourists alike. After all, they are great places to connect with nature, interact with other people, and practice sports.

With excellent quality of life, the city of Goiânia ultimately has in its people its greatest treasure. People from the state of Goiás are warm and friendly, making any and every tourist truly feel at home.

By Plane
+ 55 (62) 3265-1500
The Airport of Goiânia operates domestic flights to and from most Brazilian capitals, including connections from international flights. The international airport closest to Goiânia is the one in Brasília.

By Bus
+55 (62) 3240-0000
The Goiânia Bus Terminal is located in the central area of the city and operates intercity and interstate routes.

Personal Vehicles and Rentals
You can drive from Brasília to Goiânia. It is only a 210-km drive. On the way, however, there are two toll gates that accept cash only. Therefore, take some cash so you can pay the toll on the way there and on the way back.

By Bus
Bus routes from most neighborhoods in the city will take you to the downtown area. Parks and shopping malls are very easy to get to. A good tip is to check the bus routes before using them.

On Foot
Walking is a great way to visit the center of the city. Starting from the Civic Square, you can walk along Goiás, Araguaia, and Tocantins Avenues, and also visit the Moriche Palm forest (Bosque dos Buritis).

Personal Vehicles and Rentals
A good option to get around the city and also be able to visit nearby destinations in the state of Goiás is to rent a car.

Taxis and Ridesharing Companies
Taxis and ridesharing companies are a comfortable way to get around the city.

The rainy season lasts from October to March. During this period, the best option is to always take an umbrella with you wherever you go. The weather is normally hot during the day, but in the evenings the temperature might drop, especially between the months of May and July.