Brasília was planned a little over 60 years ago, and its beauty lies in its details, designs, and colors.

Brasilia is the 3rd capital city of Brazil, following the cities of Salvador and Rio de Janeiro consecutively. The city was inaugurated in 1960 by president Juscelino Kubitschek. The new capital was an audacious project and became the symbol of urban planning and modern architecture in the 20th century. The idea of ​​building a new capital was to populate the center of the country and also to keep the capital away from possible attacks from foreign ships on the coast.

Home to more than 3 million people, Brasília’s basic design, called Pilot Plan (Plano Piloto), was conceived by urban planner Lúcio Costa and architect Oscar Niemeyer. The design resembles the shape of an airplane and has been added to Unesco’s World Cultural Heritage List. It is the city with the largest area on the Heritage List in the world. 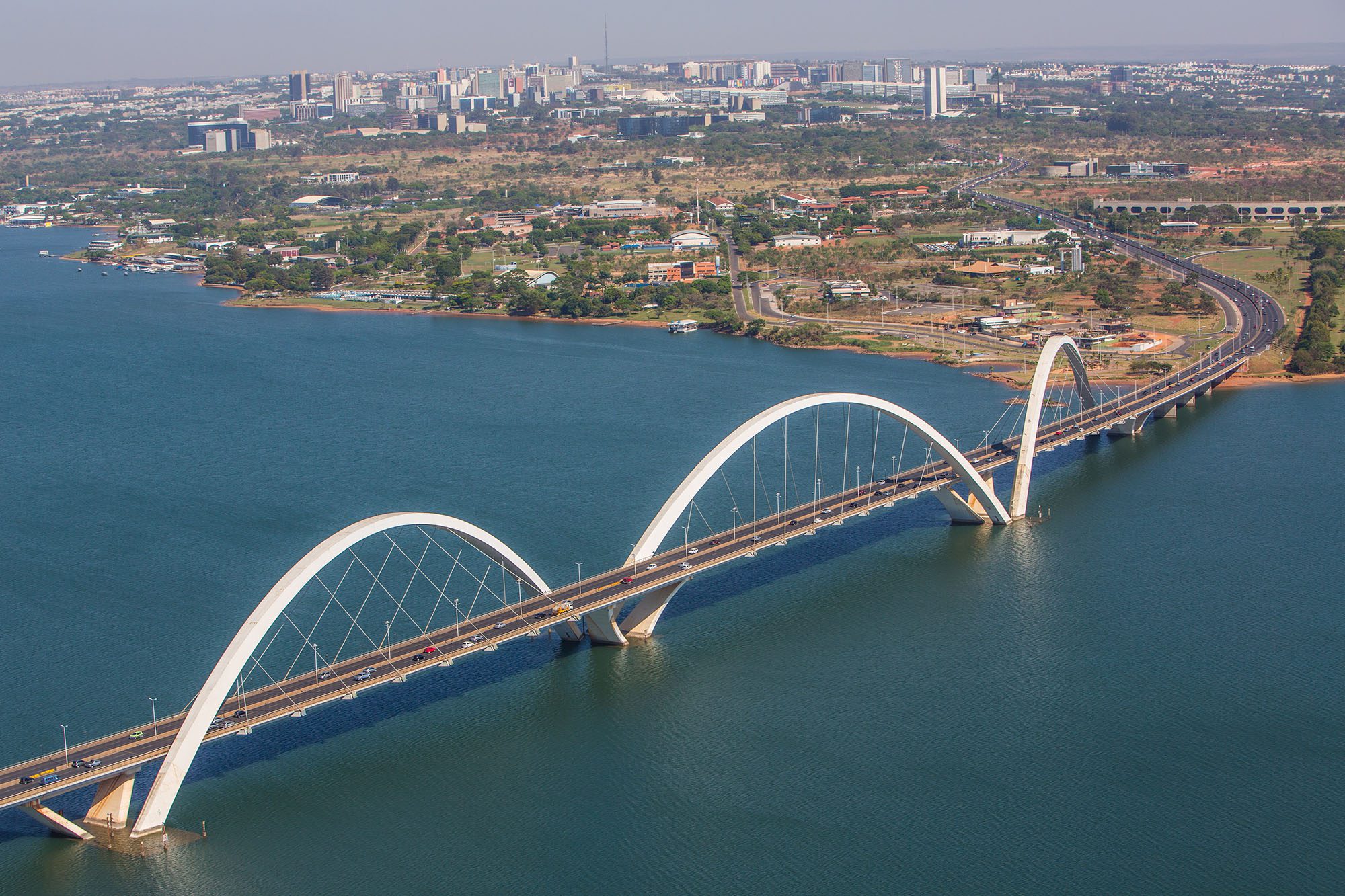 The Juscelino Kubitschek Bridge, one of Brasilia’s icons

The Pilot Plan is formed by the crossing of two boulevards, called “axes”: the Monumental Axis and the Road Axis. The Monumental Axis concentrates many attractions of the capital: the Three Powers Square, the Planalto Palace, the National Congress, the Metropolitan Cathedral of Brasília, and the TV Tower. Along the Road Axis, divided into North and South “wings,” are the residential blocks.

In Brasília, all constructions must comply with predetermined characteristics described in the Lucio Costa project. Residential buildings, for example, are supported only by columns and have their stilts facing extensive green areas.

The local Dona Sarah Kubitschek City Park, better known as just City Park, is one of the capital’s main outdoor leisure centers. Spread out over 420 hectares, it is one of the largest urban parks in the world and contains sports courts, an amusement park, an artificial lake, barbecue grills, an equestrian center, walk paths, and cycling lanes.

Lake Paranoá, on whose shore there are excellent restaurants and bars, is taken over by water sports practitioners on the weekends. Preferred activities include Stand-Up Paddling, canoeing, and kitesurfing.

Brasília is a planned city whose architecture stands apart from anything you have ever seen.

By Plane
+55 (61) 3364-9000
The International Airport of Brasília, Juscelino Kubitschek, operates domestic flights from most Brazilian capitals, as well as international flights.

By Bus
There are several bus lines serving the city. If you want to find out more about bus routes and timetables, please visit the “DF no Ponto” website.

Subway
The subway in Brasilia has several stations in operation, all of which are accessible, and bicycles are allowed in the last car.

Taxis and Ridesharing Companies
Taxis and ridesharing companies are a comfortable way to get around the city of Brasilia.