Stunning natural attractions, the spontaneity and hospitality of the local people, who turn everything into a celebration, and world-famous iconic monuments. This is what makes Rio de Janeiro an incomparable and unforgettable destination.

With over 450 years of history, it is the combination of its geographic characteristics (the sea, the mountain, the forests) with human presence that makes Rio de Janeiro a unique city. Several parts of the city are surrounded by extraordinary landscapes. It was the first city in the world to be added to UNESCO’s World Heritage List under the Cultural Landscape category. 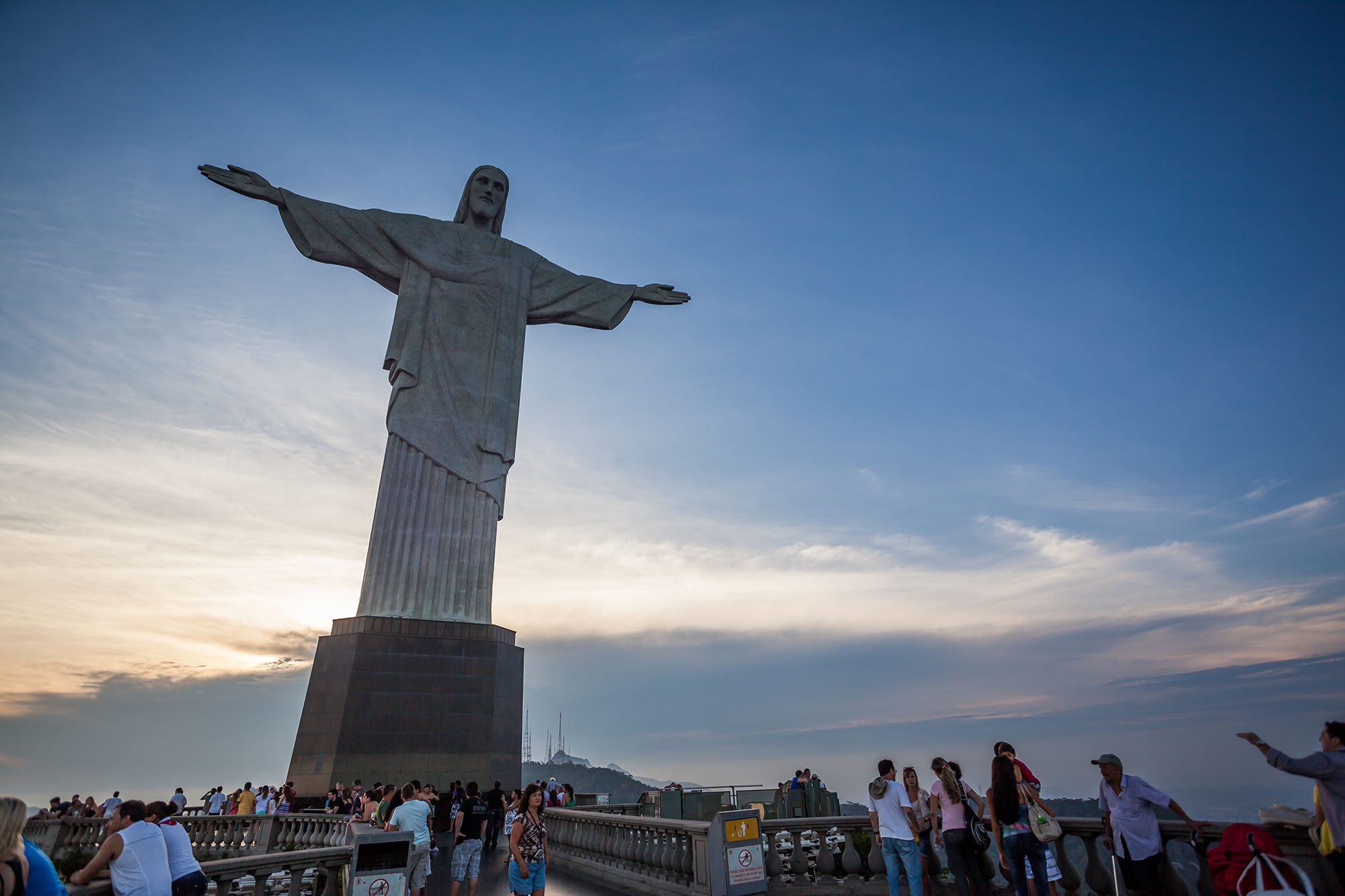 Christ the Redeemer, one of Rio’s icons

If you want to really feel the energy of Brazilian people, there is nothing better and more traditional than to enjoy Carnival in Rio. There are several ways to enjoy one of the most famous celebrations in the world, one of which is to watch the samba schools parading at the sambadrome. Another popular option is to take part in street celebrations, since each neighborhood in the city has its own favorite carnival group.

Among the city’s most famous attractions are Sugarloaf Mountain, Christ the Redeemer, and Tijuca National Park. The Sugarloaf Cable Car is a cableway system that runs at an altitude of 396 meters above sea level, and connects Urca Mountain to Sugarloaf Mountain. It was the first cable car in Brazil and the third in the world. With open arms over Guanabara Bay, Christ the Redeemer stands on top of Corcovado Mountain. It is the largest and most famous Art Deco sculpture in the world. Those who want to have close contact with nature must visit Tijuca National Park. It is one of the largest urban forests on the planet, and visitors will be able to appreciate mountains, caves, waterfalls, and trails through beautiful landscapes. Adventure seekers will also be pleased, since it is possible, among many other activities, to go climbing and hang-gliding in the park.

In addition to its most famous attractions, the city offers countless other options focused on nature, adventure, religion, history, and culture, such as tours around the Botanical Garden and Lage Park, a ride on the Santa Teresa Tram, and visits to the Metropolitan Cathedral, the Museum of Modern Art, and the Museum of Tomorrow. The city’s Municipal Theater is a unique attraction. Inaugurated in 1909, it is one of the main theaters in Brazil and Latin America. Lapa neighborhood is also worth a visit. It is the city’s famous bohemian district, and there are several options for bars at night. And do not forget Rio Star, the tallest Observation wheel in Latin America, measuring 88 meters in height, and AquaRio, the largest aquarium in South America, containing approximately three thousand animals.

Walking is one of the best ways to enjoy the city of Rio de Janeiro. There are many options besides the traditional Copacabana, Ipanema and Leblon promenades. A few hundred meters away, Rodrigo de Freitas Lagoon is one of the main leisure areas in the city, containing kiosks, toys for the children, a skatepark, restaurants, and beautiful views to forests and mountains.

Sports are also a very important part of the local culture for cariocas, as the people born in Rio de Janeiro are called. In addition to offering visitors the possibility of flying over the city on a hang glider from Pedra Bonita ramp, the city is one of the largest urban mountain climbing centers in the world. There are hills for climbers of all levels, such as Gávea Stone and Bico do Papagaio Mountain. At the beach, on the other hand, there are volleyball, soccer, and footvolley matches on the sand. To make a long story short, Rio has activities to cater to everyone’s taste.

By Bus
+55 (21) 3213-1800
If you are already in another city in Brazil, you can get to Rio by bus. You will arrive at Novo Rio Bus Station, which is close both to the Downtown area and to the South Zone (where the famous neighborhoods are). The main Brazilian bus companies operate there on a daily basis.

By Ship
+55 (21) 2233-2762
Several cruises make stops at the Port of Rio de Janeiro. Their itineraries vary according to the company and to the travel packages that have been bought.

By Bus
There are plenty of bus routes for tourists to go anywhere in the city of Rio de Janeiro. Here you can find out which bus routes go to the main tourist spots in the city.

On Foot
Walking around the city of Rio de Janeiro is a great experience, especially on the promenade in the neighborhoods of Copacabana, Ipanema, and Leblon. You should try it!

By Subway
The subway in Rio de Janeiro is safe, efficient, and easy to use. Tickets are sold at ticket counters and there are self-service ticket machines. Stations are open from Monday to Saturday from 5:00 am to midnight, and on Sundays and holidays from 7:00 am to 11:00 pm. Here is the subway map.

VLT (Light Rail)
Rio’s light rail system (VLT) is a modern, safe, accessible, and sustainable means of transportation that integrates the neighborhoods in the Port Region and the Center of the city. It is the best option for those who want to get around in Rio de Janeiro’s downtown area. Here is the map.

Taxis and Ridesharing Companies
Taxis and ridesharing companies are a comfortable way to get around the city of Rio de Janeiro.

The weather in Rio de Janeiro is warm all year round. The best time to visit the city is from June to September, when it is not so hot and there is less rain. Please take light and comfortable clothes if you are planning to walk around the city.