Just like in a large portion of the country, the cultural heritage of the State of Roraima is the result of the mixture of different races. Consequently, all the different customs and traditions are also clearly reflected in their local cuisine. While indigenous influence is perceptible in colors, smells, and flavors, local dishes inherited qualities from several other Brazilian regions and states. And it is precisely this peculiar combination that makes Boa Vista one of the main culinary tourism destinations in Brazil.

When they visit the capital of Roraima, tourists will find dishes such as Paçoca with Bananas, one of the most popular in the region. The preparation of this dish, in which the meat is ground with toasted cassava flour in a mortar and pestle and served with bananas, follows secular historic traditions and delights everyone. 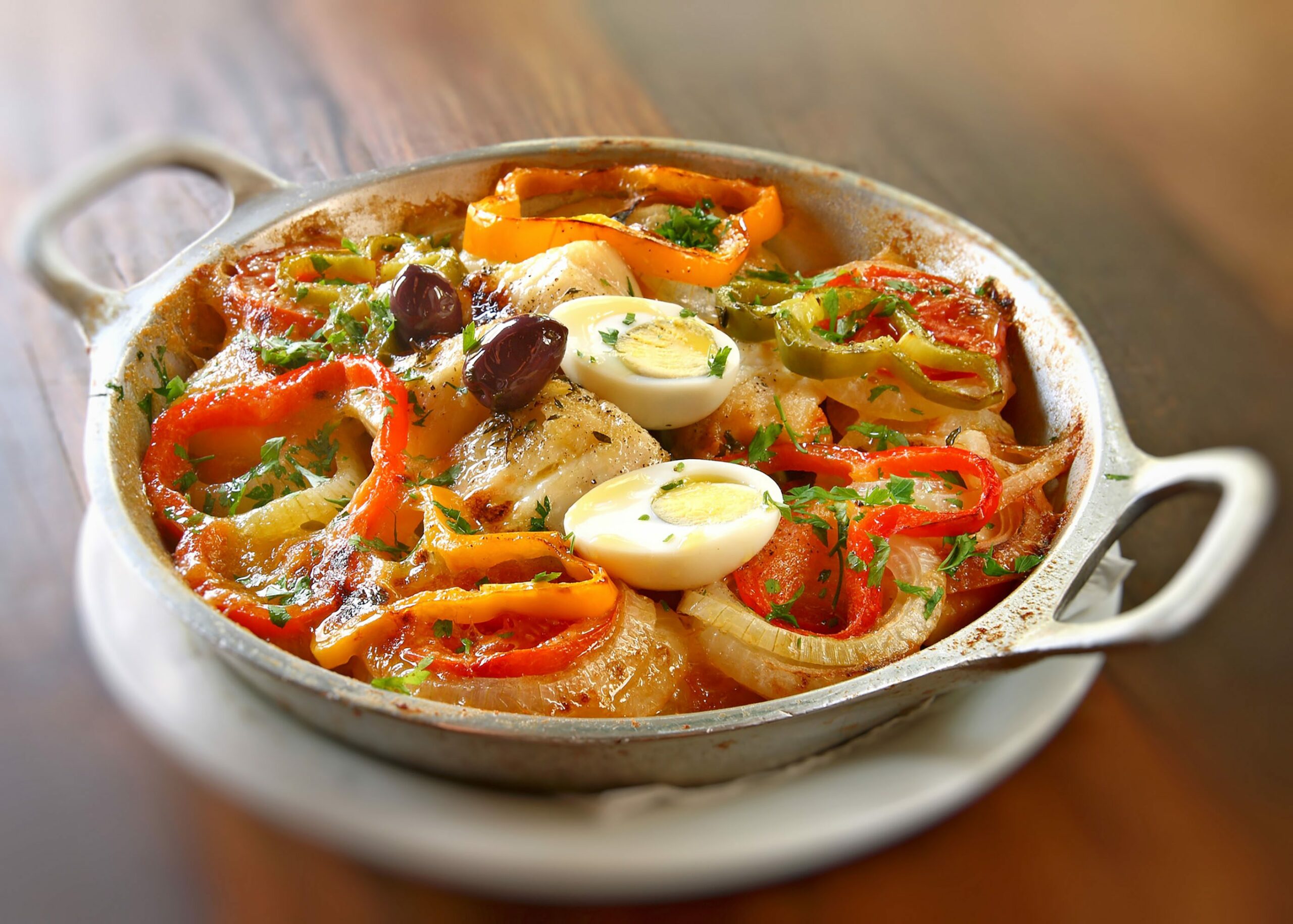 Fish, one of the types of food that is easily found around the state, is the main ingredient for some of the local dishes that everyone must try. Caldeirada is one of the most popular dishes. It is a tasty fish stew made with olive oil, parsley, onions, tomatoes, and a pinch of salt. Another fish dish that is a local favorite is the Mujica. The fish is first roasted and then shredded. After that, white flour, olive oil, spices, and boiling water are added, and the mix is cooked for about ten minutes.

Caipira Chicken (free range chicken stew) is a dish that was brought over from other states, and it is also a favorite among tourists. However, it is not cooked in the same way as in Minas Gerais, for example. In the state of Roraima, it has a unique flavor. In Boa Vista, the free range chicken is stewed in brown sauce (chicken blood) and seasoned with parsley and red peppers.

In addition to the dishes pointed out above, there are some other ones that are worth mentioning, two of which are the local sun-dried beef and a dish called damurida, a broth made with beef, game meat, or fish, seasoned with chilli sauce, and served with tapioca crepes and cassava flour.

Now that you have learned a little about the local cuisine in Roraima, it is easy to understand why Boa Vista has become one of the main culinary tourism centers in the northern region of Brazil. When you visit the state, make sure you try the incomparable and fascinating local cuisine in the city of Boa Vista!

By Plane
+55 (95) 3198-0119
The International Airport of Boa Vista, Atlas Brasil Cantanhede, operates domestic flights from most Brazilian capitals, as well as international flights.

By Bus
There are several bus lines serving the city. If you want to find out more about bus routes and timetables, please visit the bus routes website.

Taxis and Ridesharing Companies
Taxis and ridesharing companies are a comfortable way to get around the city of Boa Vista.

The city of Boa Vista has high average temperatures. The months with the best weather in the city are December, January, February, and March, while the wettest months are May, June, and July.